Our smartphones are technological miracles—impossible 20 years ago and unthinkable 100 years ago—yet we occasionally hate them. Why is that?

We need them all the time. Normal life comes to an ass-grinding halt if your phone (however amazing) doesn’t work today. You can only hate the things you somehow need… otherwise, why care at all?

🤷  We’re used to them. Like boiling frogs, we don’t feel the “heat” from smartphones because the tech temperature has been rising this whole time. As a 12-year-old might say without looking: “They’re cool, I guess.”
We have a terrible memory for technology. Our brains are pretty good at recalling contextual information (even from distant memory) for whatever’s in front of us, but one blind spot is our memory of outdated gadgets. Once we learn a New Way of doing something, the Old Way becomes not only obsolete, but an obstruction—so we forget Old Ways pretty readily.

Since Monday was the iPhone’s 13th birthday, we propose a quick trip down Memory Lane to restore some of its lost historical context for us.It’s fitting that today’s roadmap is none other than Steve Jobs’s introduction of the iPhone in 2007:
“Today, we’re introducing three revolutionary products. The first one is a widescreen iPod with touch controls. The second is a revolutionary mobile phone. The third is a breakthrough Internet communications device. But these are not three separate devices. This is one device. And we are calling it iPhone. Today, Apple is going to reinvent the phone.” 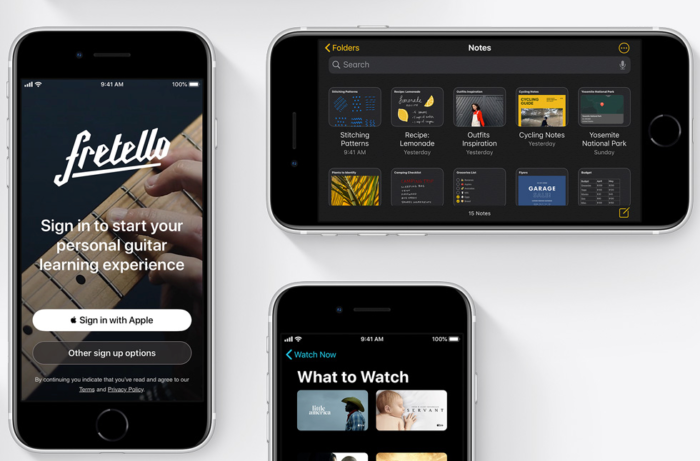 Let’s briefly discuss each of the three “revolutionary products” combined together in the first iPhone:

iPod. The iPod was Apple’s first portable (i.e. pocket-sized) personal device and it, too, was revolutionary in its own way. Apple didn’t invent the MP3 player, but they were the first to create one with user experience as the center of design rather than an afterthought. Combined with Jobs’s powerfully simple pitch — “a thousand songs in your pocket” — the iPod became the first MP3 player everyone wanted, and Apple absolutely crushed it here (can you even name an iPod competitor anymore?).

Mobile Phone. Ironically, the phone has always been the least impressive part of the iPhone. Even in 2007, when Jobs introduced the iPhone, cell phones had already been commonplace for years. So… what exactly was the big deal here?

The obvious appeals are convenience and simplicity, i.e. only needing one gadget instead of three. But Jobs and Apple didn’t just Frankenstein three things together; instead, they built a handheld hardware platform (and operating system) strong enough to manage those major functions using independent apps. Convenience was just the beginning; Jobs understood that a handheld device “smart” enough to cohesively manage all three things would be able to do a whole lot of other things, too.

What other things? Well, combine the iPhone’s OS and interface with ubiquitous cellular data and you have an orcishly fierce new breed of…

“Internet Communications Device.” For the longest time, you needed a desktop to properly browse the web. You could access the internet in other ways, but mobile traffic barely existed before 2007 because mobile browsing was always sucky by comparison. Still, keen eyes could have called this a “gap in the market” and seen big opportunity, if only (somehow) mobile internet access could work in a user-friendly way.

The iPhone popularized the elegant solution, which has since become common sense: modern mobile apps, each of which connects users to internet data without forcing them to navigate the internet themselves (as opposed to just “mobile apps,” like the calculator on a ’99 Palm Pilot). Apple set critical precedents with their own suite of iOS apps, then later opened the App Store to third-party developers once they’d created official standards and infrastructure for iOS software.

And so we arrive neatly at the bigger-picture genius of the iPhone: how it drives two major profit streams for Apple.Amazon is an excellent contrast here. A Fire tablet is far cheaper than an iPad, but (A) the iPad is objectively worth more and (B) the Fire is (only) a front end. Amazon’s is evidently a profitable strategy, but it’s premised on a gamble: Amazon bleeds money for every Fire purchaser who purchases nothing else.

Unlike Amazon, Apple does not apologize for their top-dollar pricing; they claim a superior product and the market happily validates them by continuing to buy. This is already a winning position because Apple can (and does) profit from every iPhone sold—but it gets so much sweeter because the iPhone, like the Fire, is still also a front end for selling software and other media at profit.

The best part for Apple? They did not produce 99% of the things they sell on the iOS back end… like Amazon’s entire business model, but without having to hire thousands of people to move other people’s boxes all day.

Postscript: A while back, we asked which of the Big Four you’d trust most with your data and Apple won. Here’s why: Apple has the least incentive to abuse your data for profit while Facebook, Amazon, and Google all have more incentive (in that rank order). After all, Apple learned how to be profitable long before the internet and “user privacy” were ever a thing.